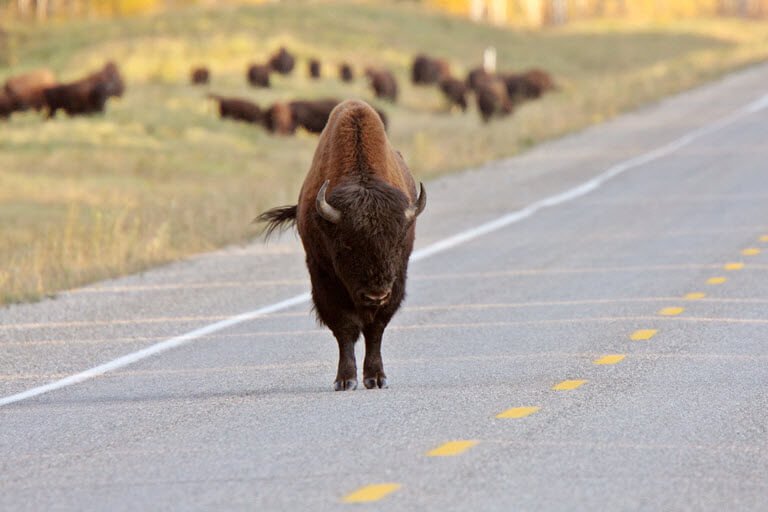 They are associated primarily with Native Americans, but their appearance in dreams still betokens certain events in many European, Asian, and African cultures.

So, if you are wondering what the appearance of this animal in your dream means, here are potential answers for you.

Spiritual Meaning of Buffalo in Dream

In many Native American cultures in the plains of the Western United States, the buffalo acted as an intermediary to the Great Spirit.

With this animal’s assistance, people could communicate with the divine and use the animal’s fur and meat as physical and spiritual sustenance [1].

Thus, buffalos in this context appeared in dreams as tokens of strength, abundance, and prosperity, betokening a time of plenty and a time devoid of worry.

This animal can also bring a warning in other contexts. In the wake of the destruction of many buffalo by white settlers, the animal can also remind people how quickly times can change.

Its appearance can therefore serve as the Great Spirit’s warning against greed and malice. If it appears connected to hunger or death, the animal’s appearance in a dream warns of hard times ahead.

The message depends on when the buffalo appears in your dreams, but it is still mostly accepted as a good sign, bringing tokens of strength, prosperity, and blessing.

Biblical Meaning of Buffalo in Dream

Buffaloes appear in both the Hebrew Bible and the Christian New Testament.

They are mentioned in the books of Deuteronomy, Numbers, Isaiah, and Job, and often in connection with their strength. Thus, these animals often symbolize a steadfast faith.

The appearance of a buffalo in a dream in connection to a path can mean a good thing. It likely signifies that faith will keep the dreamer strong and resilient no matter the challenges that come their way.

In other contexts, buffaloes have another biblical meaning when they act destructively during their appearance in your dream. This kind of manifestation may symbolize a need for you to focus on your life.

The buffalo’s appearance in this context means you are not acting to tame or channel your desires or strengths.

Islamic Meaning of Buffalo in Dream

Buffaloes tend to have a more ominous meaning within an Islamic context.

When appearing alongside a plow, they represent that the dreamer has suffered an insult at someone’s hands. They may also symbolize death and the journey of a soul [2] into the afterlife.

In addition, Islam tends to associate the appearance of this animal with tightfisted stinginess on the part of the person dreaming of them.

Thus, buffalos can also represent wealth but represent it only in implication and do not portend times of plenty. Rather, it signifies that the dreamer has to learn to open their hands. 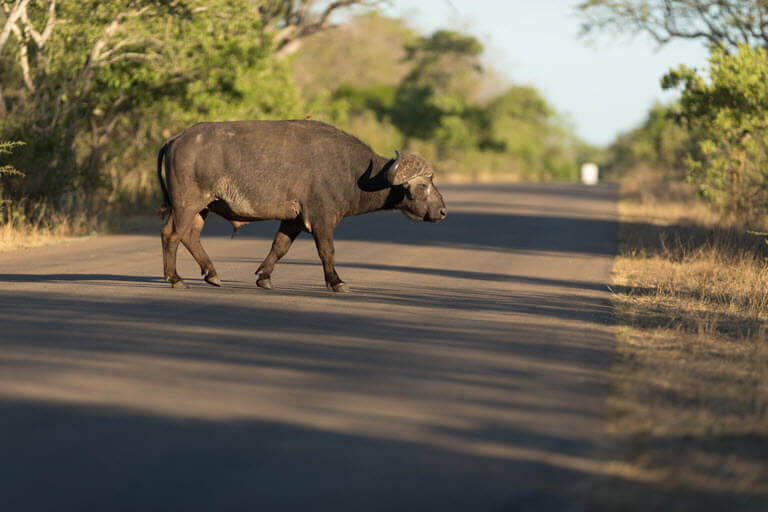 There are many contexts in which a buffalo can appear in a dream, all of which can carry the aforementioned symbolic meanings or even introduce new ones.

You must pay attention to the setting of your dreams to interpret their meanings. Whether or not buffalos appear amid luscious fields or dying crops will affect the meaning and the buffalo’s appearance.

Several actions may occur within your dream involving the buffalo. The most common are chasing, hunting, or seeing a legendary variant of the animal.

Dream of Buffalo Chasing You

If a buffalo is chasing you in your dream, its meaning can differ based on your personal beliefs, but most traditions seem to come to the same conclusion regarding its meaning.

A chase by a buffalo represents something in the way of your faith or a fear threatening to defeat you. Your anxieties are chasing you in the form of a strong beast.

Your dream is warning you of what your life can continue to feel like if you do not manage this fear.

This dream can also mean you have to be careful in selecting your friends, as the buffalo may be trying to warn you about poisonous people in your life.

Dream of Seeing a Water Buffalo

Their appearance often means that the path you have chosen is the one on which to continue, as they are animals associated with strength and dedication, and associated with a strong connection to the earth and its vital force.

To Hunt a Cape Buffalo in Dream

Cape buffalo are similar to the water buffalo. It is also from Africa and carries comparable associations.

They are perceived as dutiful and strong, and thus hunting them in dreams tends to have an interesting meaning.

Somewhat similar to being chased by a buffalo, dreaming of hunting a Cape buffalo can mean that something is holding you back against your will.

Typically, hunting a Cape buffalo symbolizes the wish to break free of burdensome duties, obligations, or people who stand in the way of fulfilling your ambitions.

Dream of a Black Buffalo

A black buffalo’s appearance in dreams is often reflective of your inner self attempting to speak to you.

Much like the black buffalo being a rarely seen animal, an oft-unseen quality in you is trying to break out and be expressed when this animal appears in your dreams.

Dream of a White Buffalo

Sioux peoples regard the white buffalo as the most sacred creature on Earth. Its appearance in both life and dreams is a sign to be treasured.

A white buffalo indicates a bright future and a time of impending blessing, as it is a spiritual message on par with the appearance of saints and miracles in the Christian tradition.

If a white buffalo appears in your dream, embrace this blessing as it means your future will be charmed.

Buffalos are animals with a wealth of associations in different religious, spiritual, and cultural traditions. Their appearance in your dreams may carry any one of these given meanings.

This animal’s appearance in your dream will mean something different depending on your life, beliefs, and the context of your dream.

Nonetheless, the associations in this article should assist in interpreting your dream and moving forward. 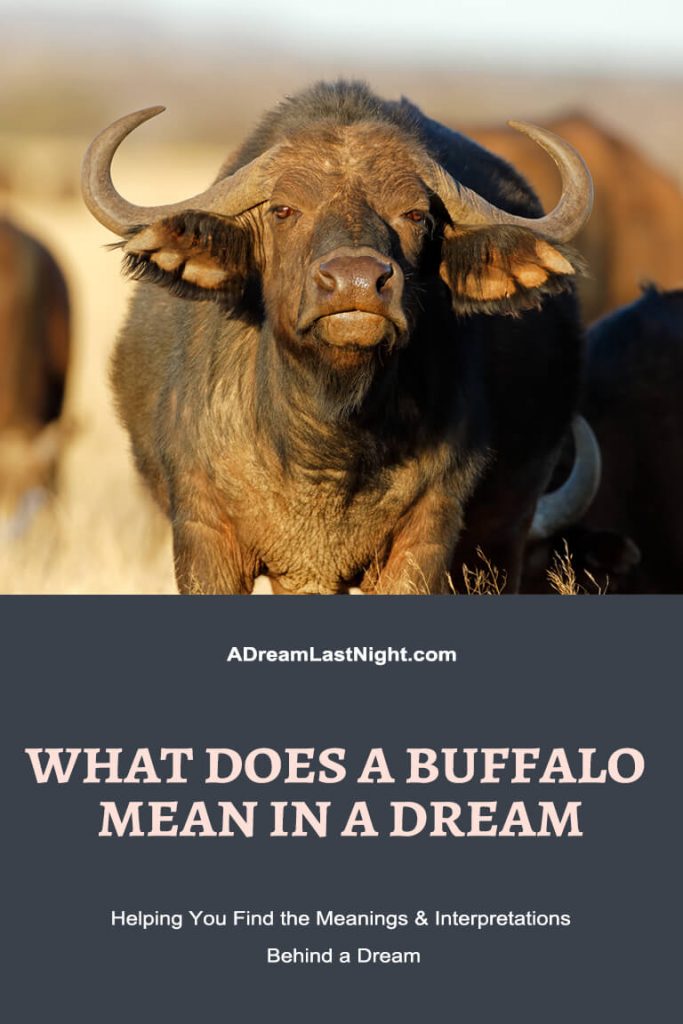 Home » Animal Dreams » What Does a Buffalo Mean in a Dream?
Recent Posts